TWICE have more than enough to be ready for their close up.

The South Korean pop group made their first appearance on the Billboard Hot 100 chart last October when “The Feels” bowed at No. 83. That single would catch fire and scorch its way into the Top 10, peaking at No. 9.

On Wednesday night (May 18), the singers stopped by The Late Show with Stephen Colbert to perform their hit for what was their in-person U.S. TV debut.

The group, which formed in 2015, comprises members Chaeyoung, Dahyun, Jeongyeon, Jihyo, Mina, Momo, Nayeon, Sana and Tzuyu, all of whom dazzled with a colorful and choreographed routine.

Watch the performance below on Colbert’s late-night program. 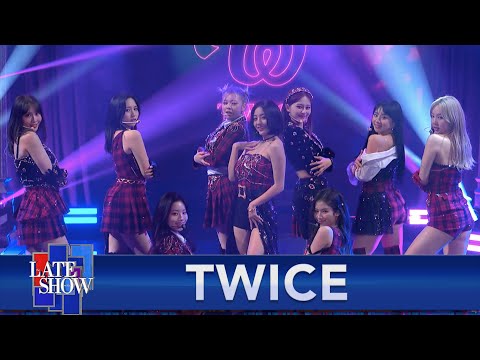