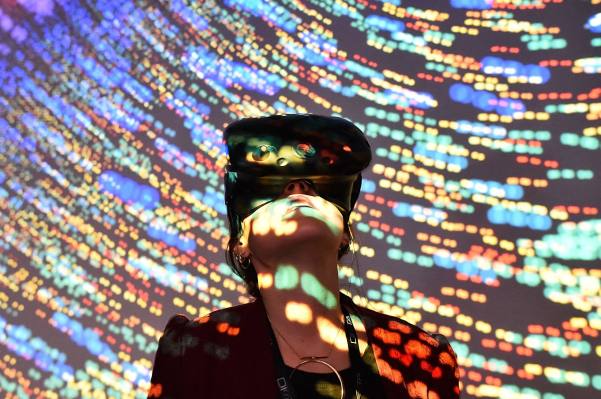 This year in tech was a blur of too many things and not enough sense. It was as if we were being controlled and controlled by a random generator. This led to multiple “biggest news stories” occurring over the course of a single month, each completely unrelated.

I can’t stop thinking about a very good tweet I saw last month, which encapsulated the absurdity of the year — it was something along the lines of, “Meta laid off 11,000 people and it’s only the third biggest tech story of the week.” Normally, a social media giant laying off 13% of its workforce would easily be the week’s top story, but this was the moment when FTX went bankrupt and everyone was impersonating corporations on Twitter because somehow Elon Musk didn’t think through how things would go horribly wrong if anyone could buy a blue check. It was great times.

Sometimes it feels like we are living in a simulation. I mean that I hear about the latest tech news, and sometimes feel like someone picked a few words and tried to connect them. But that’s not the reality. Would you believe me if you told you in January that Elon Musk, Twitter’s owner, polled users to decide whether he would ban Donald Trump ?

These absurd tech events have serious consequences. These absurd events in tech have had serious consequences for people who invested substantial sums into something they believed was a good investment. It’s funny to think about how you’d react ten years ago if someone told you that Meta (oh yeah, that’s what Facebook is called now) is losing billions of dollars every quarter to build virtual reality technology that no one seems to want. However, those decisions were not laughable for employees who lost their jobs as a result.

Where do we go from here? It’s a time in tech history when anything is possible. It’s both inspiring, and it’s terrifying. A team of Amazon fulfillment center workers on Staten Island can win a union election , by successfully advocating for themselves despite extreme adversity. It’s also possible for Elon Musk to buy Twitter for $44 billion.

AI technology like Stable Diffusion and ChatGPT encapsulate this fragile balance between innovation and horror. It’s possible to create beautiful artworks in a matter of seconds. However, you can also threaten the livelihoods and livelihoods of artists. An AI chatbot can teach you history. However, it is impossible to know if the answer is correct unless you do more research.

Perhaps part of the reason AI generators have gained such widespread appeal is because they almost feel natural to us. This year’s tech news feels almost like it was generated by ChatGPT.

Or maybe reality is stranger than any AI could create. ChatGPT was asked to create headlines for me about tech news. It came up with these snoozers, along with some factually incorrect headlines which I omitted for journalism’s sake:

Pretty boring! These are some real, actual things that happened in tech in the year 2015:

These are strange times. If the rules are made up and the points don’t matter, let’s at least hope that if the absurdity continues into 2023, the tech news is more amusing than harmful. I want more Chris Pratt voicing live action Mario, and fewer tech CEOs being sentenced for fraud. Is that too much?