Stephan Jenkins on Third Eye Blind at 25: ‘I Wanted to Be Living In a Space Where I Had Impact’

Even after a quarter century and nearly 7 million equivalent album units earned from his band’s first five albums, according to Luminate, formerly MRC Data, Third Eye Blind‘s Stephan Jenkins still feels like he’s on the outside looking in. “This folk music’s f-king me up/Makes me think I should quit/Maybe I’m just scared of it,” he sings on “Silverlake Neophyte” from the group’s 2021 album, Our Bande Apart, a collection Jenkins says is his favorite thing he has ever done.

Fans of 3EB (as the act is commonly known) know that Jenkins, after years of working on his songwriting, burst onto the scene with the band’s 1997 self-titled debut, which has generated nearly a billion on-demand streams in the United States (according to Luminate), featuring big-swing alt-pop staples “Semi-Charmed Life,” “Graduate,” “How’s It Gonna Be” and “Jumper.” His signature mix of NC-17 subject matter and earworm choruses heralded a fresh songwriting voice that blended the underbelly frankness of Jane’s Addiction with the guitar-forward hooks of peak Smashing Pumpkins.

The band followed up with the more musically adventurous Blue in 1999 and Out of the Vein in 2003, though its next two releases each came after six-year breaks that led to Jenkins’ most prolific period. Since 2019, the new-look 3EB — whose only original members are Jenkins and drummer Brad Hargreaves — have been on a tear, releasing two albums, a live set and two EPs in less than four years. “To me, it’s very close to the first album in letting the songs be what they are without any of that nervousness of trying to make them into the thing they should be,” Jenkins says of Our Bande Apart.

With 3EB setting out in June on its 25th anniversary Summer Gods Tour, sharing the bill with Taking Back Sunday and Hockey Dad, Jenkins talked with Billboard about how modern folk music messes with his head and the time Kanye West paid him a compliment.

What was the founding concept of 3EB? What do you want the band’s name to be?

What happens when you go from being unknown to having that kind of chart success with your debut release?

I felt validated to know that I would be able make another record, which was incredible to me. To be a musician means to make a vow of poverty. I didn’t have a driver’s license nor a bank account. I was completely committed to music and had no other options. So, to get a gig was incredible.

There is a time when you are successful and you can become the person who talks loudest and makes the most of the conversation. You’re laughing and making jokes, not asking questions. I believe we are all susceptible to this with success, and I experienced it early on. I decided that I wanted to live in a space where people could make an impact on me and engage with them about the authentic friction of relationships.

This’s what I think about. This is what I think of. His language was so erratic that he wouldn’t say anything at the right time. His parents introduced me to him and he loved Third Eye Blind. We took a photo and he looked at it… he also hated being touched. We smiled for the camera, he made eye contact, and I was horrified at the idea of having photos taken of me. His parents were also tripping me out as he looked at his camera, something he doesn’t usually do. They were nervous as they were meeting a person on MTV. The boy said “bye” at just the right moment and they stopped caring about me. It was amazing because they were so focused on their boy’s little milestone moment. It was a sense that I was doing something, my rendering reality was traveling to someone else. I felt that.

You seemed to capture that same explosive first-album energy on Blue, especially on “Wounded.” That ecstatic “woo woo!” and the gigantic guitar windup feel triumphant. Do you ever know when you have written something special?

Yes, it is. It’s one of my favorite records, and during the making of Blue I felt free, truly free. It goes through mastering and mixing, and then it shrinks down to this tiny f-king CD. It’s still ocean-sized in your mind for a while. It was a song about a friend that was raped. She then withdrew from the friend group, and that had a profound emotional impact on me. That’s where [the place where] I wrote it from and I was able make something of her rage, triumph over self-ownership.

You’ve never made it easy on yourself with your choice of topics: abortion, suicide, a pharmacopeia of drugs, oral sex. Are you ever tempted to rewind it for radio or mainstream acceptance?

No. As an indie-rock musician, I have always felt that radio-focused has been rare. It’s about being in a kitchen with suspect lighting after midnight when the conversation starts to get real. Writing doesn’t come out of one place for me. It’s about staying in a nurturing space where you can make an emotional dent.

There was a six-year break before Ursa Major arrived in 2009. What happened?

I co-wrote and produced a few other albums [Vanessa Carlton’s Harmonium], for a few [Spencer Barnett],, so there was that. I don’t know how to account for myself. It’s easy to make rock music if you have the mindset of, “Here’s my work and I don’t care if you think so.” I didn’t have that mindset. I felt misunderstood and judged. I felt judged and misunderstood because I had worked so hard for years before I got a recording deal.

You talked about the influence of hip-hop, which pops up across so many of your songs, like “Semi-Charmed.” Do you feel like a rapper at heart?

I love hip-hop’s daisy age — De La Soul, A Tribe Called Quest. It just feels like punk music and has a music element that immediately appeals to me.

After another long break, you came back with the EP We Are Drugs in 2016, which felt the least restrained you had ever been. You’re 57 — could you have written those same songs at 25?

I think the real question here is: Could I have written it without Drake. Drake is an incredible lyricist. I just stayed in my late 20s, that’s what I did. (Laughs. ) I have no wisdom. I am only interested in the music that I hear right now and I pay attention now to culture. I don’t have old stories. I am always looking for friends to go surfing. This is how I roll, and that’s what gives me my energy.

Third Eye Blind still has a young audience. How can you explain this?

It’s a phenomenon that I feel I have no control over. It’s something I can’t control. It’s due to the socializing of music sharing. What happens is that our band becomes playlists and don’t have any date stamps. People share songs that help them see the world and they become a source of inspiration.

Do you see signs of your influence on bands out there now?

Yes. Yes. Rap lyrics have a rawness and honesty that I find both inspiring and repelling. There is some amazing, raw sh-t there. I met Kanye [West] at a baseball game. He was talking about how he saw my music and thought it was “inspiring.” It was great to hear a nod [from him] like “I understand what your saying and I dig it.”

“Silverlake Neophyte” from Our Bande Apart has you questioning your place in music. Do you still wonder if you should quit listening to folk music that is causing you problems?

I did a deep dive into the Los Angeles Neo-Folk scene [Phoebe Bridgers, Adrianne Lenker] to find this hyper-realness. It made me think, “OK, is this real?” I pictured that feeling of being at an open mic in Silverlake with other songwriters, and really laying it all down. You don’t discover who you are; you create yourself. We are inventors. [Our Bande Apart] is my favorite album. It’s close to the original album in letting the songs be who they are, without trying to make them something. It’s not complicated, nor overthought. 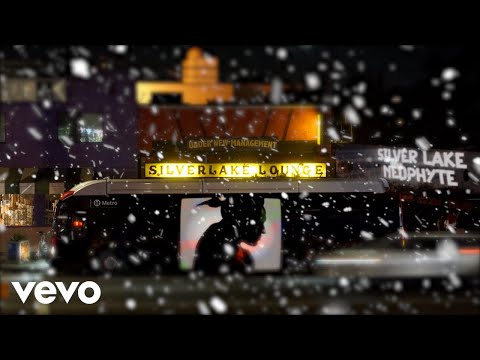 Can we do a lightning round? How does it feel to sing those early songs today? Can you still feel those emotions?

I tap into the emotions of the audience and keep it alive.

What is Third Eye Blind today? Is it you?

(Pauses. ) Yes. I am Third Eye Blind. I have relationships with people in this band, and they bring something valuable and vital to it. Both of these things are true.

Who are the songs for?

Wow… The songs are for themselves. They are for all of the universe. They exist for the purpose of being created and have the potential to travel to other people and bring them together.

What’s the song that came the quickest and the one that took forever?

[Blue album track] “Tattoo of the Sun” and “Deep Inside of You.”

What did you see when you look out now in the crowd?

People who feel the joy of knowing they are not alone.

Do you see signs of your influence on bands out there now?

Yes. Yes. Rap lyrics have a raw honesty that I find both inspiring and repelling. There is some amazing, raw sh-t there. I met Kanye [West] at a baseball game. He was talking about how he found my music “inspiring” and that he can do some truly raw, honest music. Hearing a nod [from Ye] like “I get what you’re saying and I love it” was so cool.

Best advice you got from a rock hero?

Bono said, “Wait ’til the live album to buy a house.”

The drummer [in an unnamed band] said “enjoy it while it lasts.”

I told Adam Neff that if you want a great musician, live like an athlete, and keep writing songs.

There’s so many, but there was one moment at Lollapalooza [in 2016] when we didn’t know what was going to happen. People vote with their feet. You can be on stage and no one can be there. For the entire weekend, we set a record for attendance in that afternoon slot. And then some guys took a guy in a wheelchair and crowd-surfed him to the stage and the security guys were going to put him in the pit and I said, “Let him up!” They put him on the stage and I looked out at the audience at the end of the show and I said, “Look how beautiful you are!” And I meant that about everyone there.

You have consistently written songs about getting high/drugs, so I have to ask, do you indulge?

Surprisingly not. It’s a very overrated sport. I love to wake up early to take a plunge in the ocean and go surfing. I enjoy the feeling of being in control of my body. But, nobody likes goody two-shoes so I don’t believe that the taboo is true. The taboo can be used as a metaphor for many other things.

Will you be singing these songs when you’re Paul McCartney’s age?

I don’t understand why.

A version of this story originally appeared in the May 14, 2022, issue of Billboard.