Sofia Reyes’ ‘1,2,3’ May Get Spanish Version Thanks to New Push on TikTok

The rhythmic track, which features Jason Derulo and De La Ghetto, is currently making the rounds on social media after part of its audio took off on TikTok. Currently, the verse “Hola, comment allez, allez-vous … So nice to meet ya,” has more than five million video creations. “1, 2, 3” also enters the Billboard Global 200 Excl. US chart (dated July 16) at No. 174. Additionally, on Instagram Reels, the audio has been generated by users more than 600,00 times.

It’s unclear when the audio went viral on TikTok, but even the Mexican singer-songwriter was surprised by its resurgence. She took to social media, along with the song’s co-writer Nicole Zignago, to break down how the track was born. The pair wrote the English-language song originally in Spanish back in 2016.

“When we started writing it back then, we loved it but never imagined that what’s happening with the song now is happening,” Reyes says in the video. “All of a sudden, Jason and De La Ghetto jumped on the track. And we are in shock with how many places around the world its reached. This song has changed our lives,” Zignago adds.

Given its recent surge in popularity on social media platforms, the pair asked their millions of followers if they’d want a Spanish version of the song, with most saying yes to the idea and even suggesting that Reyes and Zignago record the Spanish one together.

The song was also included on Reyes’ most recent album, Mal De Amores, released earlier this year. The set — which features collabs with other artists such as Pedro Capó, María Becerra and The Change — peaked at No. 15 on Billboard‘s Latin Pop Albums chart (dated Feb. 26).

Check out the track’s music video below. 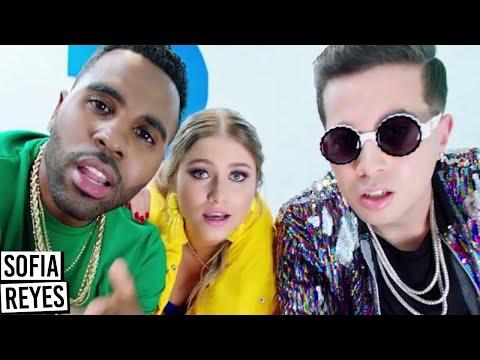