On Friday (April 22), the top five queens of the season — Angeria Paris VanMicheals, Bosco, Daya Betty, Lady Camden and Willow Pill — will duke it out in a lip-sync smackdown for the crown. The winner will not only walk away with the title of America’s Next Drag Superstar, but a boosted cash prize of $150,000, while the runner-up queen will also take home an additional $50,000 thanks to a new rule introduced just before the finale.

Bosco, who has been called the “demon queen” of Seattle, has shown that she is more than just a fiendish performer. Quickly establishing herself as the comedy queen of the season, Bosco sang, hosted and roasted her way through the competition. Even when she was supposed to go home, she managed to hang on for dear life by the wrapping around a gold-plated chocolate bar.

Below, Billboard chats with Bosco ahead of the finale airing about this historically long season of Drag Race, her love for bras, corsets and panties, and why her penchant for being “funny, but also pretty and humble” make her a top contender for the crown. 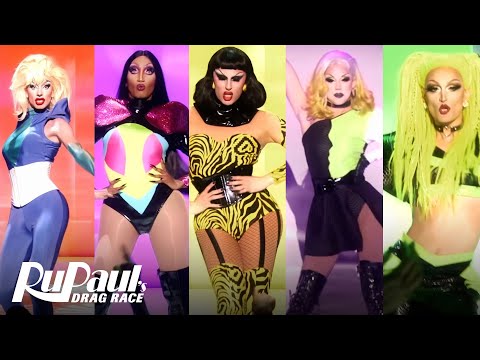 Ok, so you were all aware of the fact during filming that this season was long?

[Laughs.] I mean, there’s only so many times that somebody can not be eliminated until you’re like, “How many episodes did VH1 order this year?” But being on television another week? I’m fine with that. Also, while I understand some of the complaints … when Drag Race is playing, Drag Race is the best thing that’s on television. So like, you get more Drag Race! This is what everyone wants, even though they don’t like to admit it.

I have loved watching you on this season. You were the undisputed comedy queen of this season. You won almost every comedy challenge! That’s quite an odd thing to happen, even though it wasn’t the brand you were bringing in?

I have always seen myself as a good joke-writer, and quick-witted, so I wasn’t expecting to struggle when it came to comedy challenges. I was very excited to learn that I really succeed at challenges like that, because for a lot of people, those are some of the scariest challenges to come in and do! I don’t know if there’s a way to really learn how to be funny, so I’m very happy that I excelled at that. I can now turn that into something! This can be part the brand, I mean! I love being slutty and I love being funny. It’s a winning combination! People have done a lot with very little.

Now, on the flip side of that, you were also the recipient of the much-talked-about golden ticket this season after being told to go home by the judges and the other queens. We were able to see your reaction on screen. What was going on off-stage after all was said and done?

The vibe was disbelief, for sure. They have to edit it to play a particular way, but all the girls approached me and said that they were happy that I had the golden bar. We knew the chocolate bar was coming, and I can understand feeling like, “Dammit! Another girl isn’t going home.” But, everyone was really happy for me. It was a difficult episode, so I spent several days crying. Being told to go home by all of your friends, and production, and RuPaul is a very jarring experience. But I am funny and I am also beautiful and humble so I was able bounce back.

There was a lot of shade being thrown at you for your signature bra-corset-and-panties looks that you wore on the runway. Is it hard to wear all these unique looks while still looking great?

It’s tough! It was difficult because we had to prepare for the show during lockdown. I don’t live near many designers and I didn’t have any RuPaul connections. Nobody had ever heard of me before the season began, so I didn’t have any famous sisters or friends to reach out to to see if they could help. A lot of what I was doing was stuff that me and my friends had made, or that we sewed together. While I understand the criticisms, I was also proud of what I could do with what I had. This is a good indicator of what you can expect at a Bosco event, and I’m not mad! We all have our own style, just like Angie’s pageant gowns. But I promise to buy more expensive lingerie from now on. 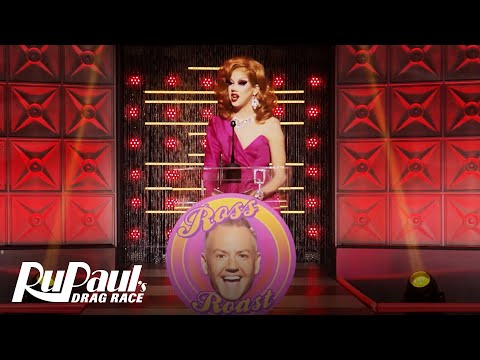 I wanted to congratulate you on your coming out as trans earlier this year, alongside a few of your season 14 sisters! What was that like for you?

It’s been really incredible. Talk about a life-changing year! I guess I decided to do 2022 on the highest difficulty possible. Let’s say, “Let’s do the most difficult reality TV competition show in the entire world. Let’s go on television for four months and go through second puberty. Then, we’ll be in front of the whole globe.” This year, I really loaded it up. [Laughs.] No, it’s been great — it’s definitely a process, and bumpy, and emotional, and crazy, but I couldn’t have asked to do it any other way.

We learned a few weeks ago that the winner of this season will be taking home $150,000 instead of the usual $100K — what was your reaction when you found that out?

I was like, “Oh, excellent. That sounds delightful! I can think of so many different types of thongs that I could buy with that kind of money!”

It’s also just nice that now I don’t have to get as angry at other reality shows with the $100,000 prize for being way easier than Drag Race.

That’s the other thing, though! This is the hardest reality show ever, that challenges you in so many different aspects of your career — and some people just have to put makeup on someone else, and they get the same amount! You might be thinking, “Wait! I have to do this myself!” That’s a requirement just for me to get on the show!”

So, heading into the finale, if you had to make the pitch for yourself, why do you deserve to win season 14 of Drag Race? 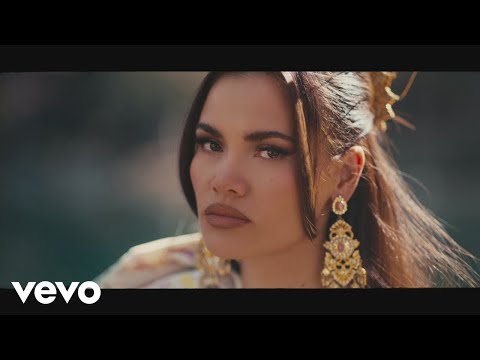 Before I let you go, since this is Billboard, I have to ask — is there a song, album or artist that you’ve been listening to a lot as of late?

Ooh, good question! Something I’ve been really into this past week that I’ve been vibing to and enjoying is Sinead Harnett’s new album, Ready Is Always Too Late. Oh, it’s incredible. It’s so sexy and smooth. I swear she’s this generation’s Sade.