Give it time, and Eliza Rose just might be the baddest of them all.

The London-based DJ, vocalist and radio host is flying on the U.K. chart blast with “B.O.T.A (Baddest Of Them All),” which was sent into the Top 10 last Friday (Aug. 12) after it blew-up on TikTok.

Based on sales and streaming data from the first 48 hours of the new chart title, the empowering dance anthem lifts 10-4. 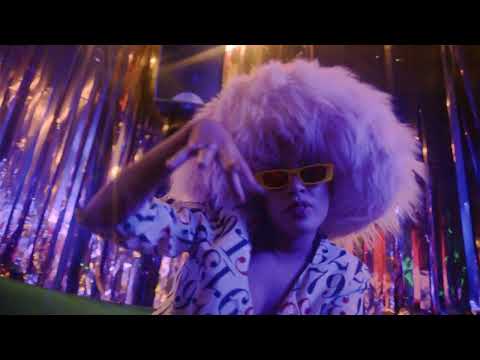 At the top of the First Look chart is LF System’s “Afraid To Feel,” which is on track for a seventh consecutive week at the summit, while George Ezra’s “Green Green Grass” could return to its peak position at No. 2.

Also taking flight on the chart blast is OneRepublic, which is eyeing a No. 6 spot — a potential new peak — thanks to the popularity of Top Gun: Maverick, in which it appears; while Australian DJ and producer Luude could advance to the Top 20 with his Mattafix collaboration, “Big City Life,” up 24-15 on the chart blast.

Finally, Nicki Minaj is set for the highest new entry on the Official U.K. Singles Chart with “Super Freaky Girl,” which samples Rick James’ “Super Freak.” It’s on track for a No. 17 debut, for what would be Minaj’s 40th Top 40 appearance — and first in two years.

All will be revealed when the Official U.K. Singles Chart is published Friday, Aug. 19.