Ozuna and Tokischa met for the first time last year at an afterparty in the Dominican Republic and “we instantly clicked,” the urban artist said during an Instagram Live interview with Billboard Latin on Wednesday (Aug. 10).

Their chemistry is now cemented in a new single and music video “Somos Iguales,” which aside from its party-starting rhythms, sends a message of equality and inclusion. “On the dance floor anything goes; here we are all the same,” says part of the lyric.

“I wanted to generalize that we are all the same,” Ozuna notes. “Things are not as complicated as before. There are many open-minded people nowadays.”

“Somos Iguales,” produced by DJ Luian, Mambo Kingz, Jowny and Hydro, is a dembow and reggaeton fusion that Ozuna has been working on for two years, even before he met Tokischa. He explains he was challenged with the song’s concept but immediately connected with the track when Tokischa sent her verse.

“Her project is fresh and something totally new for the music industry,” he explains. “In person, she’s very smart, respectful, chill and creative.”

The track also samples the 1993 reggae dancehall “Rich Girl” by British duo Louchie Lou and Michie One. “This song is so special for me because it samples a very iconic track that forms part of our childhood,” Tokischa says.

The music video, helmed by Venezuelan director Nuno Gomes, brings the lyrics to life, showing the two artists breaking into a room where a meeting with leaders of different nations is held. In the end, the leaders, law enforcement and artists all end up dancing to the same rhythm.

Currently, each artist is ready to kick off their individual tours. Ozuna’s trek starts Sept. 30 in New York, and Toki plans to visit fans in Mexico and return to the U.S. after her successful debut Popola Tour.

“It felt nice,” she expresses of touring outside of her country for the first time. “I missed my house, my family and food, but I loved connecting with so many people, especially the Dominican who’s chasing a dream in another country. It was a beautiful experience.”

Below, watch the music video for “Somos Iguales,” followed by the full Billboard interview. 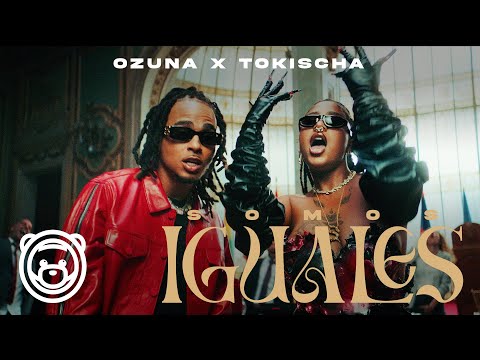