Meet the USMNT’s Class of 2022: Introducing the World Cup squad

It has been a long four years for the U.S. men’s national team, but finally — finally — graduation day is here.

On Nov. 21, these young American students (of the game) will walk across the biggest stage (in sports). They will leave their classrooms to face the harsh realities of international soccer.

Those weak performances in the September friendlies? Perhaps some senioritis. These graduates are now ready, and everyone is watching. They are ready to make an impression, to make their voices heard, to shine.

Here, then, is your team: The USMNT Class of 2022, grouped, of course, according to their “majors. “

These are the “money” players for the U.S., the ones responsible for delivering currency (that is, goals). The World Cup is not about long-term investments. These are the players the U.S. should heat up during a four-week tournament.

Look for him to … Create goal-scoring chances and attack from the edge of the field (he prefers it to be from the left). Although Pulisic has struggled to find regular playing time with Chelsea this season under two different managers, he is still the American linchpin.

Notable or Quotable: “[It’s] a team that no one loves to play against — it’s that American spirit, that we can always win. We can beat anyone. — On the identity of this USMNT

Look for him to … Perpetually be around the ball, pushing it forward into dangerous areas, as well as offer a stout presence in the defensive midfield. McKennie’s hard work makes him a game-breaker in the U.S. He is the player most capable of disrupting the opposition’s play, if he’s on.

Notable or Quotable: Frequently celebrates goals by waving an imaginary wand, in homage to Harry Potter. McKennie claims he would be a Gryffindor. )

Look for him to … Show speed on the outside, frequently from the right, and deliver penetrating crosses. Weah, who missed seven of the club season due to an ankle injury, likes to get on the ball and interact with the wide defenders on his side.

Notable or Quotable: “My dad is in the history books so I just have that fire in me all the time.” — On his father, George Weah, who is the president of Liberia and one of the greatest African players in soccer history 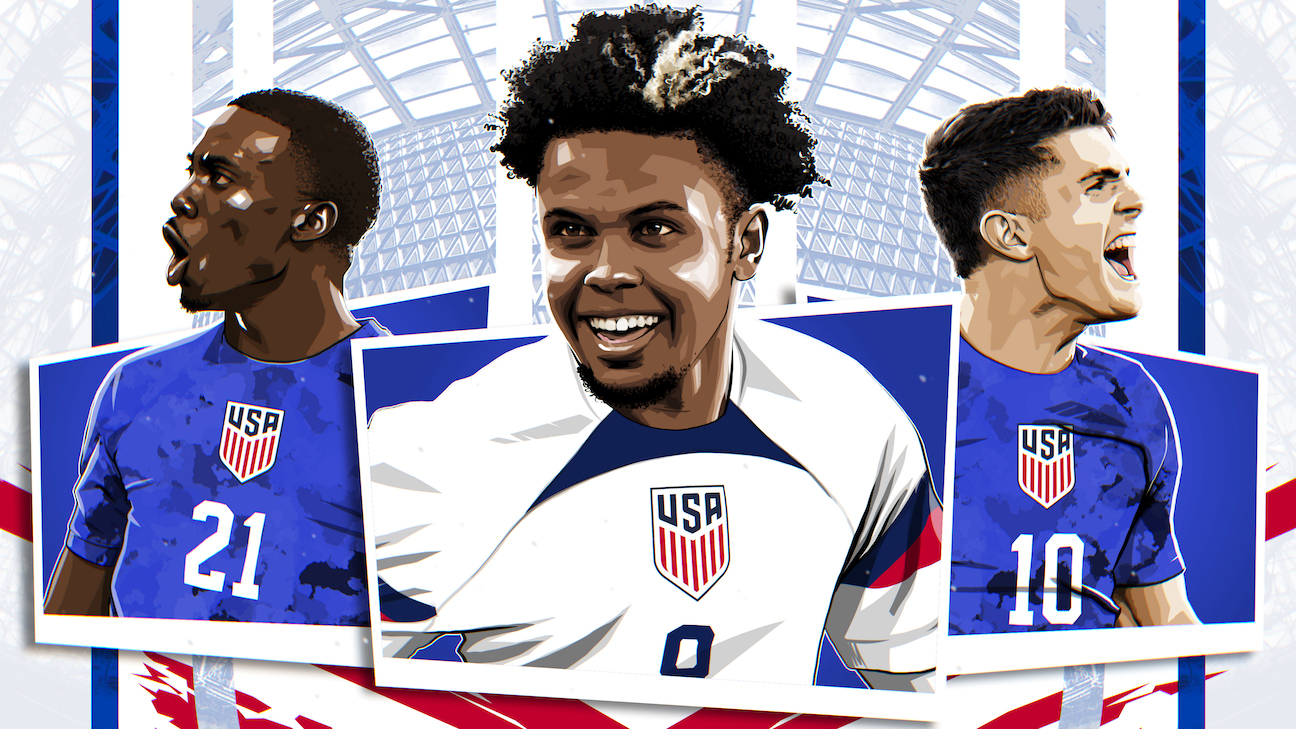 Look for him to … Score, likely by using his speed (Second Spectrum data showed he was the second-fastest player in MLS in 2022). Ferreira isn’t the typical No. 9, but he scored 18 goals for Dallas this season and has a unique skill set among U.S. striker candidates.

Notable or Quotable: “Cheetah — cheetah is my favorite animal of all time.” — What kind of animal would Ferreira like to be?

Look for him to … Be the engine for the U.S., with wide defensive field coverage and a steady sense for moving the ball. Adams is a “gritty midfielder”, but he also has the ability to have fun with the wingers.

Notable or Quotable: “I do some of the dirty work that not everyone wants to do.” — On what distinguishes him as a midfielder 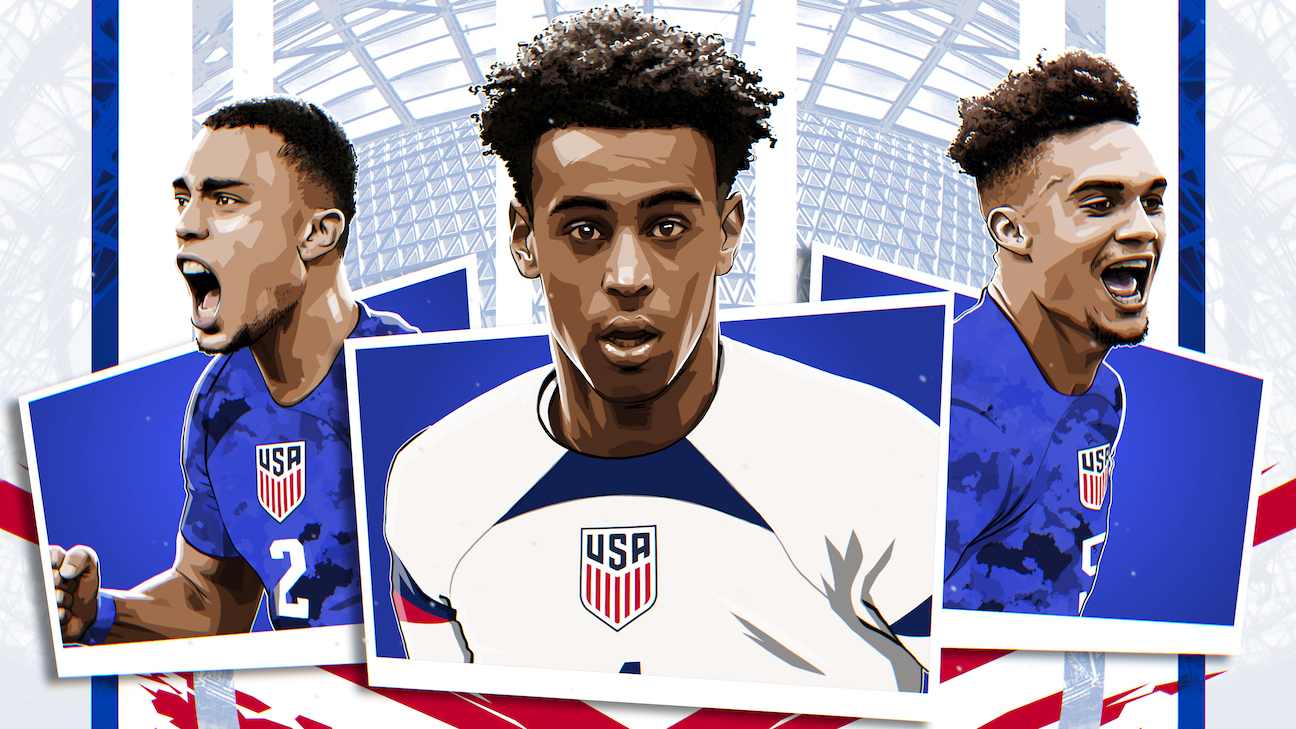 Look for him to … Wear out the right wing, making penetrating runs to link the U.S. defense and attack. Dest, who has suffered injuries and muscle soreness, is still indispensable to the U.S., even though he has struggled to get regular playing time at Milan.

Notable or Quotable: “Orange chicken and fried rice — I always get that at Panda Express. The sweet chicken is perfect. — On his favorite meal when he’s in the United States

Look for him to … Be a steady hand off the bench in the midfield, particularly when it comes to set-piece delivery. Berhalter has often spoken about the importance intangibles for young teams, and Acosta is a perfect example of this idea.

Notable or Quotable: “I thought my national-team career was done. It was a sad feeling, as I had so much to offer but it was also a loss. — On going more than two years between call-ups before getting another opportunity in 2020

Look for him to … Read the game as well as any player on the field, allowing him to be serviceable off the bench in a variety of roles, either in midfield or on the wing. Berhalter was adamant about Roldan’s tactical awareness and his energy throughout qualifying.

Notable or Quotable: Roldan had a choice when it came to which country he would represent internationally. His younger brother Alex plays for the El Salvador national soccer team.

Look for him to … Push forward (a lot) on the left, helping to create chances as well as attacking at the back post when the ball comes from the opposite side. Robinson is also a solid defender. He has been statistically at the top of blocks, clearances, and aerials won over the past year.

Notable or Quotable: Often goes by the name Jedi, which he has been called since he was young because of his love for the Star Wars movies.

Look for him to … Add versatility off the bench either as an attacking wing-back or in a more defensive role. Yedlin is the only player who has previously been on a U.S. World Cup roster: He played in three games during the 2014 tournament in Brazil.

Notable or Quotable: “We were just too complacent in the last game, too complacent going into it. Every game I play, I try to be present in the moment. You can get too caught up in the past and things will pass you by. And all of a sudden, you have like the situation what happened to us in 2018.” — On the crushing feeling of failing to qualify for the World Cup four years ago

Look for him to … Offer insurance at full-back as a player who is stout in defense and likes to push forward, while also serving as an option at center-back. Scally is known for his ability to shoot from distance and will be available if he spots an opening in the attacking third.

Notable or Quotable: “I feel like the Europeans always think they’re better in all these ways just because they’re from Europe. That’s the one perception I have of European players when I arrived in America: that we are just like NFL players who run with the ball. — On how he feels European players see American players

Look for him to … Give the starters on the wing a break and offer needed energy late in a game. Even at 27, Morris is still a speedster and can finish when given the chance: He scored seven goals for Seattle this season.

Notable or Quotable: The tattoo on his right forearm is of the caduceus, a medical symbol, with the characters T1D above it; it’s there to let medics know, in case of an emergency, that Morris has Type 1 diabetes.

Look for him to … Run with the ball at his feet, creating space and opening lanes for his teammates. Reyna has been injured a lot, but he should be able to stay healthy enough to play for the entire tournament.

Notable or Quotable: Reyna’s father, Claudio, was a USMNT legend, and his mother also represented the U.S. Danielle Egan, as she was known then, made six appearances (and scored one goal) for the USWNT in 1993.

Sam Borden chats with USMNT midfielder Gio Reyna about dealing with his mental health and his injury struggles.

Look for him to … Be assertive, both on the ball and defensively, as a critical piece of the McKennie-Adams-Musah midfield trio. Musah is a complete player in the team. In LaLiga, he’s statistically strongest among midfielders in everything, from assists and dribbles to tackles as well as clearances and tackles.

Notable or Quotable: “I feel like we want to be on the field and express ourselves, and when you’re on the field and trying to express yourself, I think the best version of yourself comes out.” — On what he likes about the USMNT’s philosophy

Look for him to … Never stop running, whether on the wing or centrally (and he may be used in both spots). Aaronson, whose energy has made him a quick fan favorite at Leeds, finds ways to open up the opponent: He’s in the 94th percentile among midfielders when it comes to delivering key passes.

Notable or Quotable: “The way I would describe myself is just energetic — I like to get after it, I’m relentless. Everybody I’ve ever spoken to said I’m a little pest. — On how he tries to impact a game 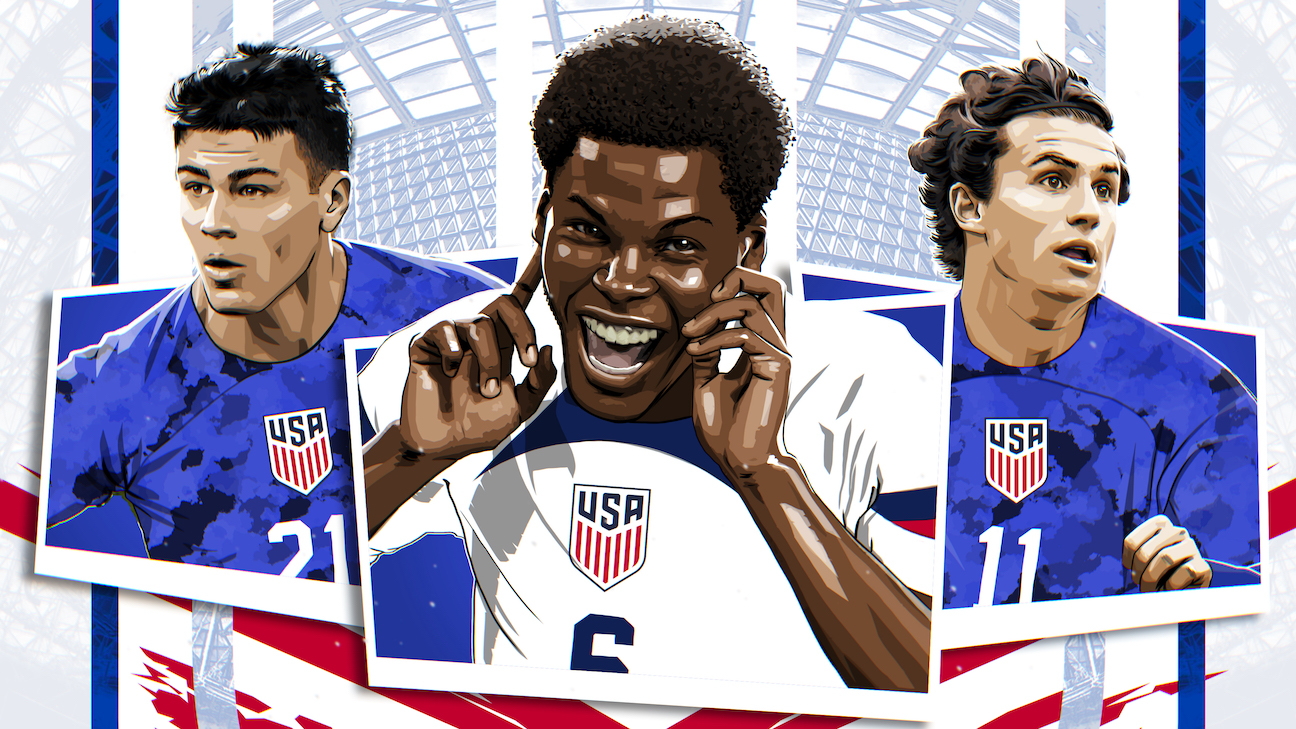 Look for him to … Make good decisions, utilizing excellent field awareness, when used as a rotational starter or substitute, though inactivity could be a concern. De la Torre hasn’t played more than 20 minutes in a game for Celta Vigo this season.

Notable or Quotable: “I think I have a skill set where I try to put players around me in better positions. I believe I can make other players more successful. — On his role with the USMNT

Look for him to … Be an option off the bench at outside back, where he’s a very strong tackler and aggressive in creating chances. After bouncing around Spanish clubs since 2015, he joined Nashville this summer for the late-season MLS playoff push.

Notable or Quotable: Moore has just a single international goal, but it’s a memorable one: In the 2021 Gold Cup, Moore scored after just 14 seconds against Canada, setting the record for the fastest goal in USMNT history.

The author of 5 books, 3 of which are New York Times bestsellers. I’ve been published in more than 100 newspapers and magazines and am a frequent commentator on NPR.

Sources: No ACL tear, no timeline for Bills’ Miller

Self greeted with cheers as KU wins in his return

Harper has TJ surgery, likely out first half of ’23

CFP rankings takeaways: What we learned and what it means for Rivalry Week