Babatunde Akinboboye, 38, became an opera singer by mistake. His only exposure to classical music was through popular culture, like Looney Tunes and Mrs. Doubtfire. But Akinboboye found himself in the world of Opera after taking a men’s ensemble class his sophomore year of high school.

“I kept taking voice lessons, and one of my voice teachers suggested I consider opera. It was completely foreign to me, and I was really resistant,” he says. “After a while of convincing and trying different vocal techniques, an operatic sound started coming out of my face. It was like finding an accidental superpower almost. At that point I was like, ‘Let’s see what this opera thing is about. I think this might be the move for me.’”

Akinboboye’s first taste of internet fame came from infusing his love of classical opera and hip-hop, performing rap opera, or “hip-hopera.” He posted a video of him singing “Largo al factotum,” a famous aria from Rossini’s The Barber of Seville, to the instrumental of Kendrick Lamar’s “HUMBLE” in 2018, garnering over 1 million views on YouTube. The viral moment pushed Akinboboye to find other ways to showcase both his passion for hip-hopera and his everyday life as an opera singer.

“It was around the middle of the pandemic… I decided to be a serious content creator and then I figured I would look at Tiktok and consume content to see if I could find things that felt good to me,” he says. “It was awkward at first, because TikTok is a different culture. In consuming it, I grew to appreciate it, and it became my most used app.” 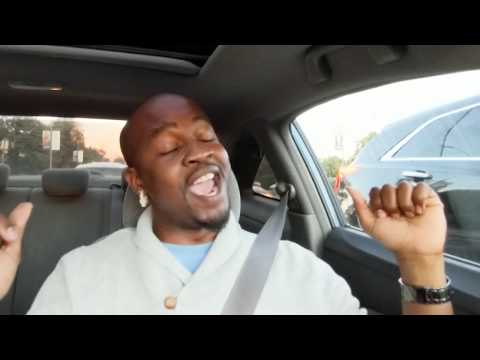 TikTok has become Akinboboye’s safe space to share what it’s like being a Black opera singer. His experiences have resonated with others involved inside and outside of the opera world. The Los Angeles-based content creator has become an internet sensation through his TikToks depicting his everyday life as a professional opera singer, gaining over 618,000 followers on the platform.

Below, Akinboboye talks with Billboard about the importance of shedding light on his experiences of being Black in the opera world through social media – including arguments he has had about whether he is even an opera singer.

Was your hip-hopera video your first dip into content creation? What prompted that?

I hadn’t done any content creation before and I never thought I would. When I had done that video, it was something I had done in the car by myself a bunch of times. I thought it was entertaining, and I figured I wanted to record this to share with my regular friends and not my opera friends, because I didn’t think they would really appreciate it. I shared it on my personal FB and it started spreading outside of my network. I was like, “Oh! This is what viral is? OK! I am going viral!”

People said they’d buy an album of this. I didn’t want to lose the following I got from the viral video while making the album. I started to figure out some videos I could put out every day – just put something out every day to keep them entertained while I worked on the album. Then my following just grew much more than it was before. I kept doing things that I thought were entertaining.

I started finding how much money was in content creation. I should probably figure out how to start doing this seriously, especially because we’re in a pandemic and I am an opera singer. Live theater isn’t doing well right now. Let’s figure out this content creation thing, and it has been a blast.

What kind of content have you seen engage really well with your followers?

The more polarizing I can make the juxtaposition between opera and popular culture. I did a video where I am wearing a full tux and I am singing the lyrics to a dancehall song that had a lot of vulgar lyrics, but I am singing it with a very professional operatic technique. It’s one of my most viral videos on Tiktok.

The people who are outside of the opera culture, they have this image of opera being this elite, fancy, glitzy, elegant artform. The elements of that are true, but there is a lot of it that very many people can relate to. We, like many artists, are asked to work for exposure, and so I can make content to relate to that. People recognize it. Having to deal with a boss or conductor where you have to kind of have to shut up and take it just to get the job done. A lot of people can relate to that.

In your content, you show people what it’s like to be a Black performer in Opera. What prompted you to show that?

I found that a number of my frustrations in the opera industry were because I was Black. Some people might think that’s debatable at this point, but I don’t feel like it was – because I found so many of my Black colleagues from different generations have similar experiences or felt the same way. That encouraged me to talk about those things and reference those issues, because I figured if it was something shared by so many people in my industry, it’s probably shared by other people outside of my industry.

I have had several arguments with people about whether or not I am an opera singer, which is interesting because I don’t think it is up for debate. There was one instance after a performance I was in the reception afterwards talking to one of the goers [an attendee], and he was trying to tell me I was an athlete. I was like, “I don’t really play any sports.” He said, “Come on, you play football? Basketball?” He was almost getting into an argument with me because he felt like I was withholding information.

It’s not a rare occurrence in my industry. Part of my dealing with it is to talk about it and share it. I found it is therapeutic and cathartic for other people… I feel like it gives people permission to own their feelings about their experiences when they see other people owning their experiences.

Providing validation and someone a guiding light away from the gaslighting, it feels good to know – especially the young opera singers, I get a lot of passionate messages thanking me for saying the thing they were thinking, or letting them know that they weren’t crazy for thoughts they felt about experiences they had.

What can be improved in your industry?

We are just doing all the old stuff, and we have stopped innovating. My theory is opera music has had a close relationship to pop music throughout history. It adjusted to what was popular. I think when popular music became too Black around the Jazz period, opera stopped attaching onto popular music. The goal was to accurately recreate what was done in the past and the closer you are to what was done before, the more correct it is.

For a lot of young artists, we come into it expecting to be able to create art and something new. And we find it is a game of Simon Says. How closely can you follow these instructions? How closely can you repeat what was done before? It is difficult for a lot of us younger people, because we are creative, we want to do something new… Its resistance to do new things makes it hard for us to connect with this art form we love.

What are some frustrations or challenges you’re currently facing?

A lot of the performers have a lot of issues with the new operas. In the performances, we are having to re-engage that trauma [i.e. Blue highlighting police brutality, Fire Shut Up in My Bones confronting abuse or The Central Park Five] to perform it for those people – it’s not the kind of thing we want to be doing. On top of that, because there’s such a rush to put operas written by Black people on stage, a lot of them have not gone through a full process an opera goes through before it’s ready to be performed. As a result, it is partially done and it’s extremely difficult for us singers to execute, because there’s still issues that haven’t been worked through.

The opera industry has done a very good job of making opera singers and people afraid to be critical. Opera has gaslit people to the point where if you go to an opera and you don’t enjoy it, you can’t tell people you didn’t enjoy it, because you look uncultured.

Is there anything in opera that you see is improving and evolving?

I am seeing many more people of color on the stage across the industry, specifically in the United States. This is also true in Europe. I am enjoying seeing more POC on stage and seeing newer stories. There are new stories being told. I think the pandemic had something to do with it. I am seeing much more deliberate actions and intention to innovate. That I am enjoying.

Where would you like to see opera go in the next few years?

I look forward to seeing POC on the other side of the stage as well. I am speaking to the administration in the opera companies and industries – the people when we walk into an audition, I would like to see a few more people of color there, and a lot more women. I would like to see more POC there, making the decisions and growing that way.