Lizzo served as both host and musical guest on this weekend’s SNL, but at least two of her sketches were cut for time from the televised show. They were able to upload the video to YouTube shortly after it aired.

One was actually a YouTube sketch that featured Chris Redd and Bowen Yang singing about how they watch YouTube while having dinner. “Food and YouTube” featured Lizzo as a special guest — the Algorithm — towards the end.

“I’m The Algorithm, and I’m here for you/ B —, “I know you better than your own self,” Lizzo rapped. You watch travel videos? I can show you the world/ Here’s the 10 most savage moments from The Golden Girls/ I’ll take you down roads that you never seen/ B—, I’m the architect of y’all’s reality.”

A second sketch, the return of SNL‘s “Costco Meeting” (a bit that originally starred Kim Kardashian, back in October), had Lizzo joining the “bop factory” Glitter Revolution in bubble gum pink. This time, the musical trio appeared with bops aimed at getting 9- to 12-year-olds spending money at the big-box retail store.

Lizzo joined the conversation with quips about “Bagel Bite on-a-tooth-a-pick” samples, and “smoothies served inside a ketchup container” for Glitter revolution’s first tune for kids. They then sang about how perfect their lives would be after they visited Costco’s eye doctor. They then introduced “Bore Store”, a diss track for Costco competitors.

Watch the “Food and YouTube” and “Costco Meeting” sketches below, and see the full episode on Hulu here. The streaming service is currently offering a 30-day free trial, which you can sign up for here. 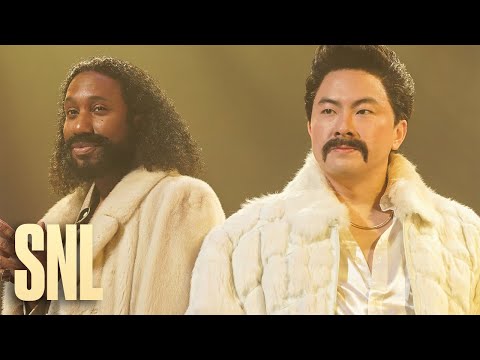 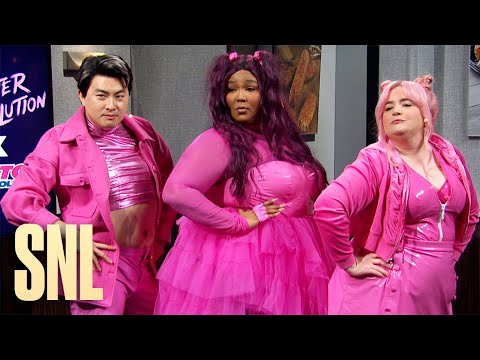