Jennette McCurdy is speaking her truth. The former child star sat down for an interview Wednesday (Aug. 10) all about her new memoir and her working relationship with former co-star Ariana Grande.

Speaking to Nightline about her book I’m Glad My Mom Died, McCurdy revisited the years she spent working alongside Grande on the short-lived Nickelodeon spin-off Sam and Cat, which happened to be airing right as the pop singer shot to superstardom with her 2013 debut album Yours Truly.

“You literally wrote, ‘I frequently made the mistake of comparing my career to Ariana’s,’” host Juju Chang read directly from McCurdy’s book. “And being jealous of everything — being jealous of her childhood, jealous of a music career that you didn’t even want.”

“Sure,” the former iCarly star responded with a chuckle. “I was jealous specifically that she played charades with Tom Hanks. That’s what got me. Charades with Tom Hanks! But I was so young at the time. and I think it’s really hard to not compare yourself to somebody at that age, when you’re in an environment around them all the time. So I made that mistake repeatedly. And I’m glad to be at a place now where I wouldn’t trade positions with somebody.”

In the book, the now-30-year-old specifically recounts a time when she spent an episode on set acting opposite a box after the sitcom’s writers had to create a scenario where Grande’s character was stuck inside the inanimate object so she could go perform at the Grammy Awards. 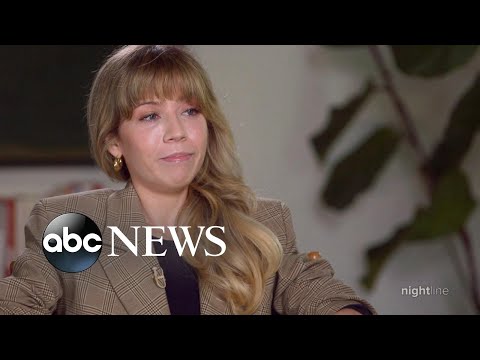