Burna Boy is one of the biggest global superstars at the moment, but despite having such a large platform for his music, he chooses to remain uninvolved in politics, citing his faith and belief in God during an interview with Apple Music 1’s Zane Lowe that aired Friday (July 8).

“I’ve turned down things that even greater men than me could not turn down. Because I do not want any involvement in politics and trickery. And I’ve always made my stance clear where all of that is concerned, so as you know, reason for surprise,” Burna explained. “It’s like drinking water. It’s natural for me. I can only speak for now because I don’t know what’s going to happen tomorrow as regards to the world, and who may come into the picture. I can’t really say, but I can speak for today.”

He continued, “As of today, I don’t believe that there’s anybody that’s qualified enough to play God. It’s not something that I blame anyone for. Because at the end of the day, there is God. So that’s who we should be looking up to. Everything else is going to be flawed. So for me, that’s why I stick to music, and I don’t really … At this point, I feel like I’ve seen all there is to see about the realities and everything.”

The Afrobeats artist also chatted about his new album, Love, Damini and spoke about what it was like collaborating with Ed Sheeran, with whom he collaborated on the track “For My Hand,” gushing about their friendship to Lowe.

“Ed is probably the most amazing guy I’ve met in my life, man. He got me because he showed nothing but love from day one,” Burna explained, adding that he and Sheeran “made, like, five songs on the same day.”

Detailing their creative process, Burna also said, “The guy’s just such a genius, man. He just knows what’s what, and when. This was the last one we did, we started working on and he was like, ‘Yeah, this is it. This is the one. This is it.’ You feel me? … There was another one I thought, ‘OK, this could be cool.’ You feel me? ‘This should be the one.’ You get me? And then we made this one and then boom, it was just next level.”

Check out Burna Boy and Ed Sheeran’s video “For My Hand” below. 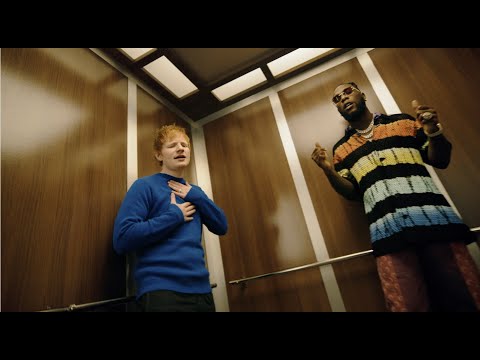 Here Are the Lyrics to Beyoncé’s ‘Alien Superstar’