After a monthslong battle with COVID-19, DJ Kay Slay — born Keith Grayson — passed away on Sunday (April 17) at the age of 55. A renowned graffiti artist who starred in 1983’s Wild Life documentary, and a mixtape maven who released his final project in December, it’s safe to say Kay Slay was a hip-hop renaissance man.

See the latest videos and charts

Whether he was promoting NYC’s hip-hop culture by launching Straight Stuntin Magazine , or giving emerging artists the chance to freestyle, the self-proclaimed Drama King represented NYC’s. Kay Slay refused sacrifice his integrity in order to be trendy at the time.

Over the course of his decorated career, the East Harlem native notched collaborations with artists ranging from Snoop Dogg to Power‘s Joseph Sikora. A pair of rap veterans who also forged close bonds with DJ Kay Slay from New York City to The Bay Area were Fat Joe and E-40. 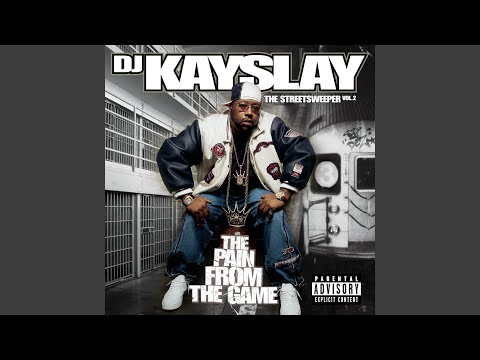 40 and Joe’s relationship with Kay Slay dates back decades, with numerous collabs under their belts, and the two hip-hop lifers even kept in contact with the Drama King right up until his January hospitalization.

Billboard caught up with both E-40 and Joey Crack to recall their fondest memories of Kay Slay, and shed light on his legacy in hip-hop.

Billboard: What was your first introduction to Kay Slay?

Fat Joe: The first time I seen Kay Slay was in the [1983] movie Wild Style. He was a legend in graffiti, which is our sub-culture. Many of the most famous artists you see today started as graffiti artists and then went on to sell these million-dollar items. Kay Slay could have easily become an artist whose pieces were worth millions of US dollars.

E-40: I met Kay Slay in the mid-’90s, somewhere around ’96 or ’97. He was a real one. A real one is someone who doesn’t care what the media or industry thinks about a person. Kay Slay was always the underdog. He didn’t care what other people thought. He cared about what he liked because he listened with an open mind.

Can you recall your last conversation with Kay Slay?

Fat Joe: I spoke to Kay Slay the night before he went into the coma. We both had COVID-19 at the same time, but mine didn’t hit me like it hit him. He basically said that it was so difficult to breathe. This was the very beginning, like a couple of days in… He was like, “Yo this breathing shit is horrible.” Ultimately, I’m sure that’s what took him out because that’s what was giving him the most complications.

I told him I loved him and he told me he loved me, and I told him not to give up and keep fighting. He told me, “I’ll never give up.”

E-40: I had turned in my verse for his song before he had gone into the hospital. I had spoken with him as well. We were discussing vaccinations and other such things. He didn’t know that this would have happened to him. He said he would take sea moss and herbs to prevent it. However, anyone can get this s-t.

It got him in the worst way. He’s a strong-minded guy so I was sure he would pull through. He texted me to let me know that he was going through it and that his oxygen levels were up. That was encouraging and I was very optimistic. He hoped it wouldn’t shut down his organs. It did.

What’s a memory you have from working on music together?

Fat Joe: He got upset with me one time because I didn’t go to get on one of his tapes during COVID. This was when everyone was afraid to leave the house. He started cursing me out. Kay Slay can curse Fat Joe out — that’s his card. He’ll curse me out with my closest men and call my friends. They’ll call me back and say, “Kay Slay’s pissed guy.” He had that kind of juice. He asked me if I was releasing “Sunshine Delight” and I replied, “Slay, it is a hit.” Come on, man!”

E-40: I was on Rap City around 2003, and we had just pulled up to the video shoot and [host] Big Tigger was like, “We got the Drama King DJ Kay Slay in the house.” And I was freestyling in the vocal booth. Legendary Kay Slay — this is so sad, bro! It’s hard for me to believe and it’s so heavy on my heart. He was a great dude and a legendary guy. He was always positive and upbeat, and didn’t take his life too seriously.

How would you sum up his legacy in hip-hop?

Fat Joe: He’s a king — and simultaneously, graffiti artists around the world are sending me tribute graffiti murals dedicated to Kay Slay. He’s a legend in graffiti and has been from L.A. to New York. Kay Slay is a musician. The best way to describe Kay Slay is that he was the last mainstream radio DJ to give this small-scale artist a chance.

He was a die-hard New York boom-bap DJ, and even when drill is No. Kay Slay is your nostalgic guide. Kay Slay’s show allowed you to hear them all with different musicians. He didn’t change with the times and he was determined to continue representing NY hip-hop. People from all over the country appreciated his honesty and loyalty. They were grateful for his loyalty and genuineness to the culture.

E-40: When it said, ‘Warning, the Drama King is in the building,’ that’s the dopest s-t ever. Nobody has an intro like that when they turn the turntables. That dude will be missed. He was a solid man, not a salad. He had a great ear and a great taste in music.

He’s one of my favorite DJs and one thing about him is he was unique. He was a big man, with those glasses, and always looked fresh. He was a strict follower of the script and never got into s-t. He was the guy behind Straight Stuntin Magazine and would be funny on the internet. He was a very raw guy. 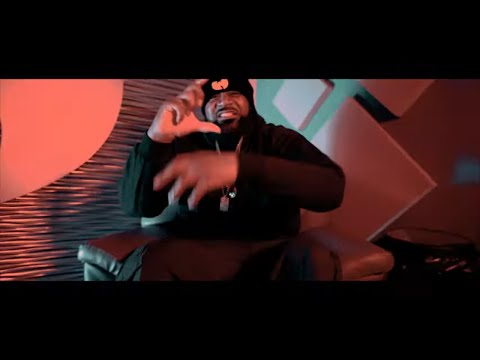