Charlie Worsham was surprised with his first ACM Award, for ACM acoustic guitar player of the year. Dierks Bentley sent in a video message honoring Worsham, who then offered a sweet acceptance speech to those at the Opry House. Worsham has contributed to many albums by Eric Church, Kip Moore and Carrie Underwood, among others.

” “It couldn’t go to a greater guitar player or a more talented guy,” Bentley stated. “Everyone in this community knows what a great performer you are .”

” This means the world to us and it all started with our parents,” Worsham said to the Opry crowd. “My mom used to drive me an hour to go to banjo lessons… and my father made sure I was exposed to the best music and took us to the best concerts. He gave me the bug, I saw him playing drums in a band.” He also thanked Kristen, his wife, and all the musicians, engineers, and artists he’s worked with. “This is an honor .”

The Ryman Auditorium, which celebrated its 130th anniversary this year, earned its seventh lifetime ACM Award. Pedal steel guitarist Paul Franklin earned his 17th career ACM Award, and his first win for specialty instrument(s) player of the year. Meanwhile, promoter Brian O’Connell and producer Dann Huff each earned their 10th career ACM Awards. In March 2020, music venue Basement East was damaged when tornadoes tore through Nashville. Since then, the venue has been rebuilt and has been awarded its first ACM Award, as ACM club-of-the-year. 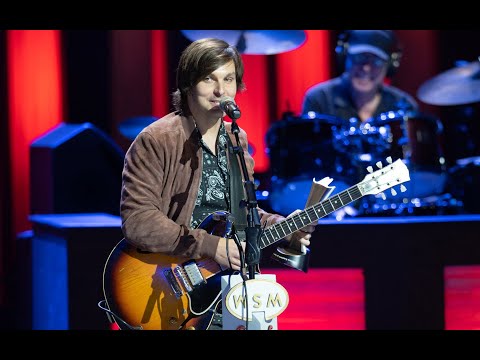 The Industry Awards, Studio Recording Awards and yet-to-be-announced Special Awards honorees will be feted during the upcoming 15th annual Academy of Country Music Honors on Aug. 24 at the Ryman Auditorium.

See below for a complete list of this year’s industry award and studio recording awards winners: